The Old Presbyterian Cemetery in Jolicure, NB is the final resting place of Charles Oulton and Abigail FIllmore, my 5 x great grandparents. They died within 5 hours of each other on successive days in September 1826, A number of their descendants are also buried there (see http://ourmaritimeties.com/tng/showmap.php?cemeteryID=4&tree= for a list of those for whom I have photos of their headstones).

It is not believed that the cemetery was in use when Abigail Fillmore’s parents, John Fillmore and Leah Day, died in 1796 and 1797 respectively, but at least one of their sons, John Filmore, and his wife Jemima Tingley are buried in this cemetery. Another set of my ancestors, Jeremiah Brownell and Anna Copp, were also buried there. As a result, this small cemetery has always meant something special to me.

The care of the cemetery is the responsibility of the Jolicure United Church. While the church, like many other small rural churches has had declining attendance for many years, its congregation has remained vibrant. They have undertaken a number of organized volunteer outings to do major cleanups of the cemetery and they will undoubtedly continue to do so. Two such outings consisting primarily, but not exclusively, of Oulton descendants are pictured below, one in 2000 and then again in 2005. 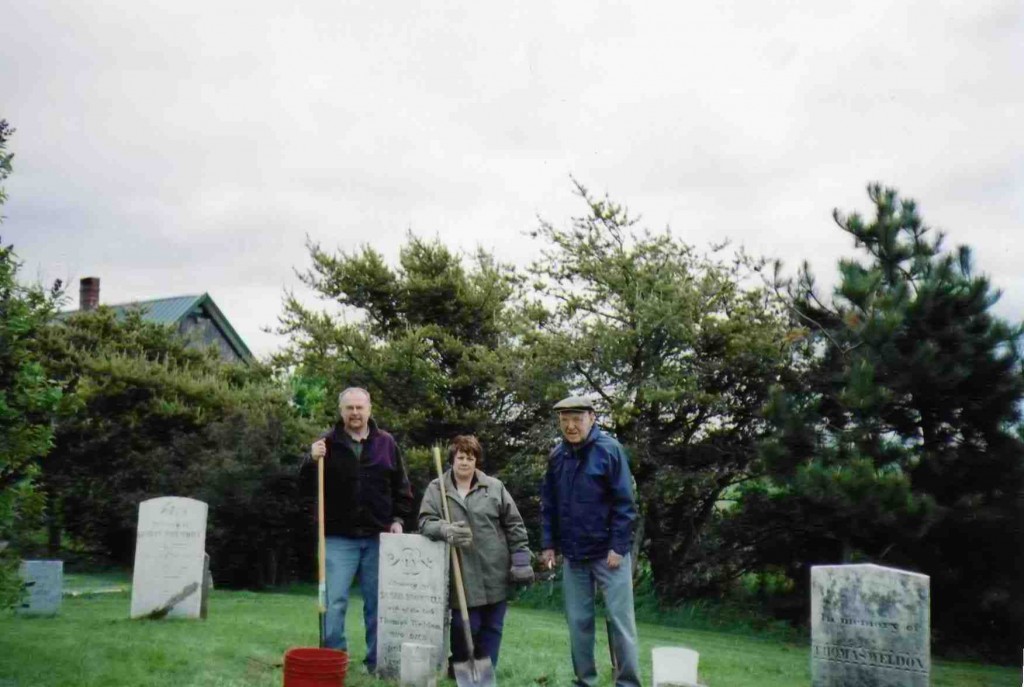 Thus, when I was recently contacted by Rev. Eldon Hay on behalf of the Old Presbyterian Cemetery Committee (Jolicure), which is responsible to the Jolicure congregation, and asked to pass on information concerning a Capital Campaign to raise sufficient funds for the ongoing maintenance of this cemetery, I readily agreed to do so. While the amount of the campaign may seem large, the intention is to invest the funds and only use the investment returns to cover the annual maintenance expenses. I will certainly be making a contribution and I ask that you also consider donating to this Capital Campaign so that this wonderful small cemetery can be properly looked after for the years to come.

The announcement of the Old Presbyterian Cemetery (Jolicure) Capital Campaign including a contribution form is available here.